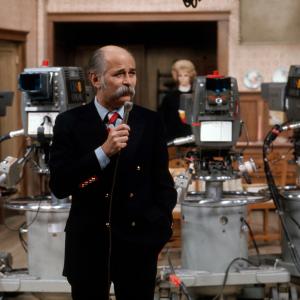 Naturally, “All in the Family” immediately comes to mind when you think of producer Norman Lear, who on July 27th celebrates his milestone 100th birthday. As do “Sanford and Son,” “Maude”, “Good Times”, “The Jeffersons”, “One Day at a Time” (both the original and the remake), and other TV entries.

At a time when the innocence of Lucille Ball, family-fests like “The Brady Bunch” and “The Partridge Family”, oddballs like “The Beverly Hillbillies”, and life in fictional Mayberry, North Carolina kept us entertained in the comedy format, Norman Lear introduced the masses to a new form of storytelling, where American culture and social issues were a canvas for life as it really was.

No topic or situation - from civil rights to the Vietnam War – was off-limits on any Norman Lear comedy. Unlike the then aforementioned innocence of sitcom storytelling, where a happy ending was a prerequisite, Lear built a TV world reflective of what you personally might be experiencing. The rose-colored glasses exhibited elsewhere were non-existent; what you saw on any Norman Lear series often felt comfortably, or eerily, familiar. It resonated then. It still holds up now. And, celebrating the one century mark, Norman Lear shows no signs of stopping anytime soon.

Lear also tackled late night with the cult favorite Mary Hartman, Mary Hartman. He is an Academy Award nominee (for Best Writing, Story and Screenplay - Written Directly for the Screen for “Divorce American Style” with Dick Van Dyke in 1968). And he is the winner of six Primetime Emmy Awards (including, most recently, “Live in Front of a Studio Audience: All in the Family and Good Times”, for Outstanding Variety Special in 2020).

Lear is also part of the inaugural group of inductees to the Television Academy Hall of Fame in 1984. He has received a Peabody Lifetime Achievement Award and a National Medal of Arts, among countless other honors. And the Norman Lear Achievement Award is presented annually by the Producers Guild of America.

Not resting on his laurels, Norman Lear remains active in the field he knows best. TBS has greenlit an upcoming reboot of “Mary Hartman” with “Schitt’s Creek’s” Emily Hampshire as the modern-day version of the titular character. Netflix has ordered an animated reboot of “Good Times.” And the recent update of "One Day at a Time" on Netflix, with three generations of a Cuban family at the center (including Rita Moreno), further accentuated the value and the importance of the topical style of Norman Lear comedy storytelling.

“I’ve lived a multitude of lives,” said Norman Lear in his memoir, ‘Even This I Get to Experience.’” “In the course of all these lives, I had a front- row seat at the birth of television. I wrote, produced, created or developed more than a hundred shows. I had nine on the air at the same time. I founded the 300,000-member liberal advocacy group ‘People for the American Way’. I was labeled the ‘No. 1 enemy of the American family’ by Jerry Falwell; made it onto Richard Nixon’s ‘Enemies List’; and was presented with the National Medal of the Arts by President Clinton. I purchased an original copy of the Declaration of Independence and toured it for 10 years in all 50 states. And I blew a fortune in a series of bad investments in failing businesses, and reached a point where I was informed we might even have to sell our home.”

As Norman Lear hits the grand 100-year mark, let’s take a walk down memory lane on some factoids about this living legend you may -- or may not -- know.

4) After a slow start, Lear’s “All in the Family” was the top-rated series in all of television by season two, and it remained there for five straight years. It also spun-off five sitcoms: “Maude”, “The Jeffersons”, “Archie Bunker’s Place”, “Gloria” and “704 Hauser.” Two of those series – “Maude” and “The Jeffersons “– begat spin-offs of their own: “Good Times” and “Checking In”, respectively.

5) Many of All in the Family’s catch phrases (including "Meat Head", "Dingbat" and "Stifle") were inspired by the same words Norman Lear heard from his father. The sitcom was the first to feature a gay character: Philip Carey as Steve in the 1971 episode titled “Judging Books by Covers.” And, not surprisingly, it featured the first toilet flush ever heard.

6) Naturally, Lear had some misses along the way (including comedies “All’s Fair”, “Apple Pie”, “Hot L Baltimore”, “a.k.a. Pablo” and “Sunday Dinner”; and family drama “Palmerstown, U.S.A.”). But for every miss there was a huge hit that still pack a comedic punch,

8) On the personal front, Norman Lear has been married three times and is the father of six children, ranging from ages 28 to 75.

On this celebration of Norman Lear’s landmark 100th birthday, we honor Mr. Lear courtesy of regular telecasts of “All in the Family”, “Sanford and Son” and “Good Times” on getTV. No day is complete without them. And we wish this living legend a Happy Birthday (and many more) from our whole team!