Christmas with the Evans Family — Holiday Episodes of GOOD TIMES 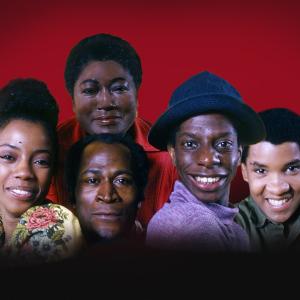 In the best episodes of Good Times, the Evans family often faces a challenge. They may not solve every problem, but they’re always in it together. And this is why the Norman Lear-produced series was so groundbreaking: it was the first sitcom on American television to depict a working-class Black family as a stable, supportive unit.

James (John Amos) was the no-nonsense father. Florida (Esther Rolle) was the matriarch who became a second mom to millions of viewers. J.J. (Jimmie Walker) was a mentor to his younger siblings Thelma (Bern Nadette Stanis) and Michael (Ralph Carter). And neighbor Willona (Ja’Net DuBois) was a surrogate parent when circumstances took James and Florida away from their kids.

“Good Times represents so many different dynamics: a father that died, a mother who may not be there at certain points, an aunt who looks after the kid, a kid who gets married and the spouse moves in,” Stanis told getTV. “It was about family, faith and struggle.”

Nowhere is the importance of family on greater display than in the show’s holiday episodes. And you can see what we mean this December as getTV presents special episodes of Good Times on Christmas Day and New Year’s Eve. With topics like teen alcoholism and shoplifting, these episodes are Good Times at its socially conscious best.

“Good Times teaches us so much,” Stanis told us. “I think that’s why it’s still popular.”

Season five was a transitional year for Good Times. Amos and Rolle had left and DuBois was elevated to adult lead, but she needed a storyline. Enter Penny (Janet Jackson), an abused child Willona hopes to adopt.

In this 1977 episode, Penny loses her purse to a pickpocket and resorts to shoplifting to get her new mom a present. Look for hilarious Alice Ghostley (Bewitched, Designing Women) as Penny’s social worker and comedian Dap Sugar Willie in one of his most memorable appearances as Lootin’ Lenny. “Have a cool Yule and a mellow new year!” (December 25 11a ET)

2. “Sometimes There's No Bottom In The Bottle”

Uncle Oscar (Albert Reed), Aunt Millie (Marguerite Ray) and Cousin Naomi (Bonnie Banfield) visit at Christmastime in this season two episode from 1974. Thelma discovers her teen cousin is an alcoholic, giving Stanis an opportunity to so some of her strongest scenes in the series.

This is Good Times as a true ensemble, with each cast member getting their moment in the spotlight. Reed would return a year later as shady Alderman Fred C. Davis — and Uncle Oscar was never mentioned again!  (December 25 6p ET)

Thelma’s new husband Keith (Ben Powers) has to work on Christmas Eve, so the Evans family brings the party to him!

J.J. is the emcee, Michael sings, Bookman (Johnny Brown) dances, and Keith does musical impressions. But the highpoint of the evening is an appearance by “The Pointless Sisters” — Florida, Willona, Thelma and Penny — singing “Steam Heat.” Don’t ask when they choreographed and rehearsed this polished production, just enjoy the opportunity to see the talented Good Times cast show off their side hustles! (December 25 6:30p ET)

James is out of town for work at New Year’s and there’s a new man in the Evans household: Hubert Johnson (Arnold Johnson), a neighborhood senior citizen Michael has befriended. Hubert believes his time is up, and he wants to spend his final days in the company of a loving family. Will he get his wish?

For airdates and times, visit the Good Times show page.